L T Transport Inc. was started in August of 2005 by Lee Ann Taylor after she retired from Cleveland Heights – University Heights Board of Education in June of that same year.

Prior to her retirement in 2005, Lee Ann attended Cleveland State University enrolled in the COSE Entrepreneurial Training Program realizing then that she would start her own transportation business.

Lee Ann Taylor worked as a School Bus Driver since May of 1975.   During her 30 year tenure, she also served as an On the bus Instructor (OBI) for 17 of those years, teaching CDL drivers starting in 1995. In 2002 Cleveland Heights Transportations Department initiated a pilot dispatch program. Lee Ann was the first to fill the position and retained that position until her retirement in 2005. That position still exists today.

Within months of her retirement, Lee Ann felt it was time to step out and venture into her long term dreams of starting her own business. With being a School Bus Driver as her passion, that became her obvious choice.

Her vision was clear; Lee Ann wanted to start a business providing the best service possible with the safety and care of the students being her number one priority.

ransport started business with only 2 vehicles. LT Transport was incorporated in 2007 and continues to grow. Today’s modern fleet is over 35 handicapped accessible vans and Ambulets. 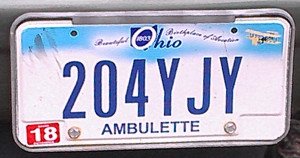 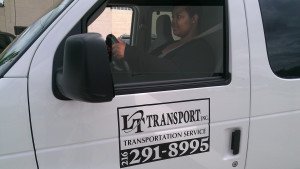 Lee Ann personally trains her drivers and gives them the skills they need to operate daily in a safe and timely fashion.